Pornography & Me: A Journey Into the Light

Posted on February 17, 2016 by roubicekandthacker 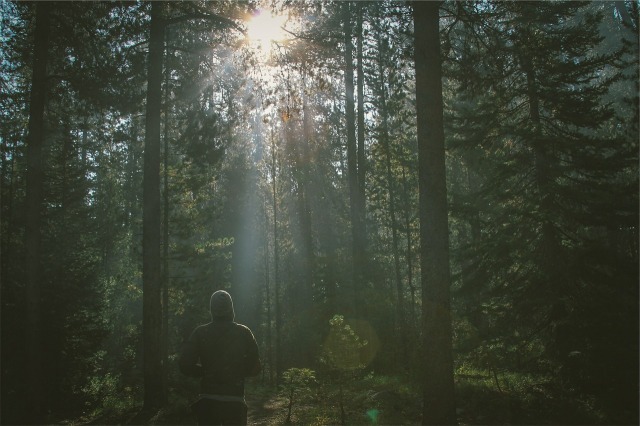 For the past 5 years I have been in recovery from a long-time addiction to pornography. Years ago, I was terrified to speak with people about my issue. I felt too much shame about it. I was absolutely petrified by the thought of my friends, acquaintances, or family finding out about it. I was convinced that I would be known as a ‘disgusting person’ and would lose friendships. I was miserable inside, so I only found enough courage to speak with my church leaders about it. And I only shared with them for years to follow. I did not want anybody else to know, and so I stayed in the shadows of shame. Much of the shame was a result of acting a certain way and living in another. I felt like I was deceiving all those who were close to me, and deceiving myself.

Eventually, I met the girl that I would later marry. She saw right through to who I really was beneath the addiction. She wanted me to live up to my true self. She encouraged me to reach out to other people and to seek real recovery. So, I reluctantly reached out to my family and close friends. It was a relief to share with them what had been slowly suffocating the life out of me for years. I was amazed at the unconditional love and support I received from all of them. Telling them gave me a liberating feeling. I began attending 12 step recovery groups and reaching out to more people. I remember how I felt as I shared my story with a group of about 20 men at church. I sat down and felt numb as I thought, “Did I actually just share my pornography story with all these men, and risk them telling their wives, and everybody at church knowing that I have struggled with pornography?” And soon came a reply, as if from above, and said something like: “Yes you did. And you did the right thing. As you share, you are giving hope to many who struggle.” What an empowering feeling!

About a year after that experience, my wife mentioned that I should share my story on Facebook. I did so. Afterwards, I sat and thought of all those people that I grew up with and went to college with. I began to feel shame knowing that virtually everybody I have known would know my secret. I went to bed feeling anxious, worried and wondering if it was a bad idea to share my story with the world. I woke up the next day with that empowered feeling again. I knew I had done a good thing. I had shown to my world of people that it is ok to have struggles and admit to them. I had shown that it is crucial to step out of shame, and into the light. The responses of support, love and admiration were overwhelming. Many people thanked me for being courageous enough to be vulnerable and share. I realized that sharing my story was like allowing others to breathe. They finally felt like they could share their own struggles…struggles that had been stuffed for years in their dark, claustrophobic pit of shame. Many trusted me with stories of loved ones whom they wanted to help. The responses have been from both men and women. Men that struggle with sexual addiction have opened up to me, and female partners of addicts have also shared their experiences. To my surprise, sharing my recovery journey has opened up the flood-gates of opportunity and brought scores of great friends into my life. My wife and I lead 12 Step recovery groups, we speak in front of groups of young and old and share about the dangers of pornography use.

Those that do not share the same struggle often thank me for my courage and openness. In some way, it helps them also, and they are grateful for that.

Pornography use is rampant, and I think people feel more open to discussing it because they know that so many others use it.

There is still much that needs to be done to combat the harmful influence of pornography. We all can have a great impact for good. I invite struggling individuals everywhere to have the courage to be open with others they can trust about their struggles. I recommend that careful consideration be taken about with whom to share. At first, people struggling with addiction should choose trustworthy people to confide in. Those who do will soon realize that they are in a sea of countless others who share the same struggle. These days, finding somebody else that looks at porn is as easy as reaching out to a few friends or family members. All of us are in familiar company, and there is always help. My hope is that people everywhere will come out of the shadows of shame. When I did, I was surprised to find out that there was never any reason to hide in the first place.

1 Response to Pornography & Me: A Journey Into the Light